Guide to Living in Battersea

Located in South West London, the residential district of Battersea has become one of the most popular places to live in the city. The area is particularly noted for its community spirit and proximity to central London, which along with a vibrant selection of cafés, restaurants and shops, makes it an ideal home for young professionals. With an abundance of green spaces such as Battersea Park and Clapham Common nearby, it is also a sought-after location for families, giving it the endearing nickname of “Nappy Valley”.

Battersea’s most popular areas to live in include Northcote Road, Webbs Road, Bellevue Road, Battersea Rise, Lavender Hill, Battersea High Street and Nightingale Triangle. Many of these are predominantly filled with traditional Victorian and Edwardian houses while Battersea Square offers a selection of mansion blocks and riverside apartments.

Those looking for flats to rent in Battersea will find some newer developments and the redevelopment of Battersea’s Power Station has also added hundreds of new homes to the area. 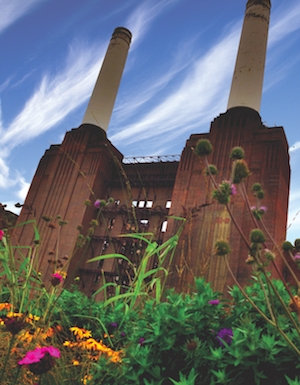 Things to do in Battersea

Battersea is most famous for its imposing Power Station, its beautiful green park and Battersea Dogs and Cats charity. However, the area has lots more to offer local residents.

There’s an abundance of quirky independent cafes, bars, pubs and restaurants which are located along Northcote Road as well as Battersea Rise, Webbs Road and Bellevue Road. The Northcote Pub is a popular venue, as is Michelin-star Chez Bruce on Wandsworth Common.

For shopping, you’ll find all the mainstream stores you could need along St Johns Road and around Clapham Junction, while independent boutiques are available too, especially around Northcote Road and Lavender Hill. Northcote Road market is a great place to buy everything from fruit and veg to flowers, antiques and art.
Other notable attractions include the beautiful outdoor area of Battersea Square, especially in the summer, and Battersea Arts Centre for culture lovers. This grade II listed building hosts a range of interesting shows and events. For a laugh, head to Clapham Grand Comedy Nights or The Four Thieves, which offers comedy, music, quizzes and games off Lavender Hill.

Battersea residents can easily rely on the area’s excellent public transport links to get around or commute to work in the city centre. Despite its name, Clapham Junction station is located in Battersea and has connections to London’s Victoria and Waterloo in under 10 minutes. Trains also go to areas outside of London including Brighton. The overground train network also provides easy access across South London, East London, Highbury and Islington.

Battersea is extremely well served by buses. There’s the 137 to Oxford Circus, the 77 to Waterloo, the 19 to Finsbury Park, the 156 to Wimbledon and the 337 to Richmond, to name a few.

Battersea didn’t get the nickname “Nappy Valley” for nothing. The friendly residential area is a great place to raise children and a popular place for those with youngsters. For families thinking of renting in Battersea, the area has a good selection of educational establishments and nurseries. There are around 12 primary schools, including Belleville Primary and the Catholic Sacred Heart school. Thomas’s Day School and Honeywell School are great choices for juniors.

For those looking for houses or flats to rent in Battersea, Palace Gate Lettings have a huge portfolio of properties as well as expert local knowledge. Our Battersea office is located on Northcote Road, around 15 minutes’ walk from Clapham Junction and right in-between Clapham and Wandsworth Common.

To find out more about our Battersea lettings, give our team a call or browse our available houses and flats online.

How much is your property worth?

<< Back to our offices